3 Nutritious Reasons Why Grass-Fed Dairy Is Good For You

A thick pat of butter melting into a roasted sweet potato, a dollop of homemade whipped cream in your coffee, a nice cheese plate and some red wine… you can’t deny you want it. But it’s January, and whether you admit it or not, you’re trying to get away from all of the “bad” foods, get back into a healthy routine, and pursue fresh goals for a fresh year. Yet have you ever wondered why that delectable piece of cheese or silky, fresh cream is supposedly so bad for you? What if you’re missing out on a wealth of nutritional benefits by keeping butter and cheese on the back burner? What if you could have your cake, or rather, custard, and eat it too?

Here’s the deal: Evidence is mounting in favor of dairy products being an exceptional source of valuable nutrients, but where that dairy comes from matters. There is a world of difference between dairy products from pasture-raised, grass-fed cows and those that come from cows raised in confinement and fed grain-based diets. 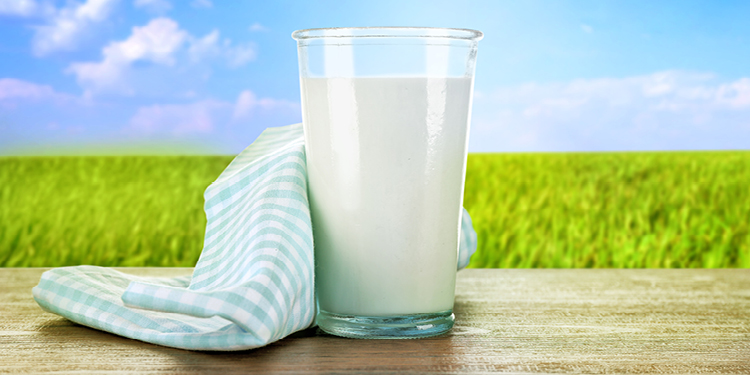 It wasn’t always this way…

It wasn’t until industrialization that dairy farmers switched to feeding and breeding cows to exponentially increase their volume of production. Until that time, cows did what ruminants were meant to do—they grazed on pasture and produced a volume of milk that was natural to their lifestyle. Then came the era of making the highest volume of food for the lowest cost, and farmers began taking their dairy cows off pasture and fattening them on grain. But cows aren’t designed to be kept in confinement, chowing down on corn, and pumped with hormones and other drugs. They have very special digestive systems, called rumens, made to efficiently digest grass and forage; a system equipped to achieve optimal nutritional benefits from grazing. When cows are moved off pasture and fed a mostly grain-based diet, health problems start to occur, requiring the use of antibiotics and other drugs, and the nutritional benefits of the milk they produce are lost. Unfortunately, most dairy operations in the U.S. are confinement dairies where the cows rarely, if ever, see pasture, and are fed a diet of grain. The good news is that more and more farmers are shifting back to the old traditions of grazing, and with this movement more good news has come to light about the health benefits of grass-fed dairy products.

There’s a fatty acid in dairy products known as conjugated linoleic acid (CLA) that research is finding has the potential to promote cardiovascular health, but here’s the kicker—dairy products from grain-fed cows are very low in CLA. It just so happens that CLA is synthesized in the bellies of ruminants from linoleic acid (LA), which is more abundant in plants like grasses than in grains. It stands to reason that if you let the cows eat what they were designed to eat, then their bodies can do what they were designed to do—turn LA into CLA and pass it on to us in the fat of their milk. In fact, studies have shown that grass-fed, pasture-raised dairy products have up to a whopping five times more CLA than their grain-fed counterparts.

One study conducted in Costa Rica, where most dairy farms are still pasture based, found that subjects with higher CLA levels in their bodies also happened to have less risk of heart attacks. The study, including 4,000 people, found that those with the highest levels of CLA also had a 36 percent lower risk of heart attack compared to those with the lowest concentrations. The finding still held even after the researchers considered other heart disease risk factors like high blood pressure and smoking.

Full-fat milk (CLA is found in the fat, so low-fat or no-fat doesn’t cut it) from grass-fed cows is one of the richest dietary sources of CLA, accompanied by other grass-fed dairy products like cheese, butter, and cream.

An ideal balance of omega-3 and omega-6 fatty acids

Both omega-6 and omega-3 fatty acids are needed for good health, but did you know that the average American diet far exceeds what is considered the ideal proportion of omega-6s to omega- 3s? There is still debate on the perfect balance of these omegas, but a good ratio seems to be between 2:1 and 4:1, yet the average American’s ratio may be as high as 20:1, tilting the balance in favor of the more inflammatory omega-6s. A major reason the balance in our diets is so out of whack is that the majority of our meat and dairy products come from grain-fed rather than grass-fed animals, and this has a huge impact on the balance of omegas in the final product. Grazing animals get their omega-3s from grass, while grains such as corn are high in the omega-6s, and barely contain any omega-3s. A study published in the journal PLOS Onemeasured the fatty acid content in 384 samples of organic and conventional whole milk taken from around the country and found that organic milk contained 25% less omega-6s and 62% more omega-3s compared to conventional milk. Organic standards require that the animals be on pasture for a minimum of 120 days during the grazing season, allowing for them to eat more grass. Choosing grass-fed dairy products is an easy step anyone can take toward reversing the trend of dietary fatty acid imbalance, as it provides an optimal balance of the omega fatty acids. 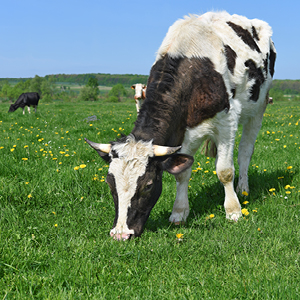 Milk is known to be a good source of several vitamins including B2, B12, and the fat-soluble   vitamins A and D, as well as important minerals like calcium and selenium. But here’s a   novel idea: What if an animal can only synthesize a finite level of these vitamins over a   period of time? If this were the case, then increasing the volume of production within a set   period would inevitably dilute the vitamin content. The conventional dairy model demands a   certain volume of production, yet according to eatwild.com, at least one study has shown that   you can’t increase the vitamin content of the milk to match the volume that is able to be   artificially induced through hormones, breeding, and grain-based diets. Pasture-raised dairy   doesn’t have this problem, as the cows are eating what they were intended to eat and aren’t   being forced to produce more milk than they are naturally capable of, allowing for an optimal   concentration of nutrients. Among its many superior benefits, studies have shown grass-fed   milk to have a higher content of vitamins A and E and carotenoid antioxidants like beta c   carotene.

Go ahead and indulge… grass-fed dairy is good for you!

So go ahead and bring on the cheese plate. Enjoy that thick pat of butter on something delicious and nutritious. Brighten your morning routine with a splash of cream. But when you do, be sure to choose dairy from grass-fed cows—that’s when you will reap all of the health benefits of this nutrient-dense food. Here at Natural Grocers we’ve enhanced our naturally raised dairy standard to be 100% confinement free, so when you’re shopping with us the only thing you have to worry about is which dairy products you’ll indulge in this time.

Earth Watch: Lab Grown Animal Products Are Not the Environmental Saviors Proponents Would Have Us Believe
Read More