People are always on the hunt for ways to look and feel younger—according to market research experts, the global anti-aging market is expected to grow from an already impressive $191.5 billion in 2019 to a staggering $421 billion by 2030.1 However, while we explore ways to look younger and slow the aging process, we should also find ways to put more health into our years, because while aging is inevitable, poor health is not. Resveratrol, with its wide-ranging beneficial effects on everything from cellular health to blood sugar balance and cardiovascular health to brain health, might just be one of the easiest and most affordable ways to activate timeless health.

With Resveratrol, Our Cells Get a New Lease on Life 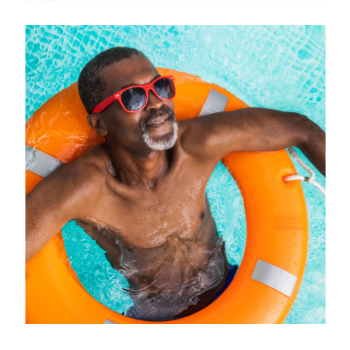 Resveratrol was dubbed the “Fountain of Youth” by Harvard Medical School researchers after studies showed that the antioxidant could increase cell survival and slow aging in live yeast, specifically Saccharomyces cerevisiae, and later in mice, by activating a “longevity” gene known as silent information regulator 1 (SIRT1). This groundbreaking research showed that activating the SIRT1 gene extended lifespan by 70 percent and increased DNA stability.2 Sirtuins, such as SIRT1, regulate the aging process and are themselves regulated by diet and environmental stress. They also defend the body against free radicals, protecting cells against metabolic stresses.3 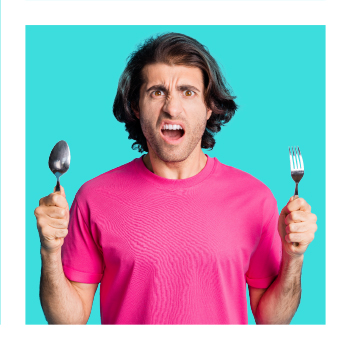 A double-blind, crossover study of 11 obese men taking 150 mg of resveratrol daily for 30 days showed an increase in SIRT1, improved mitochondrial function, and an increase in AMP-activated protein kinase (AMPK), an enzyme known as the “master regulator of energy metabolism” which activates the uptake of glucose and fatty acids into cells for energy production. There was also a decrease in circulating blood glucose, triglyceride levels, and inflammation markers compared to the control group.4 Systolic blood pressure also dropped, while insulin resistance improved.5 The researchers concluded that just 30 days of resveratrol supplementation “induces metabolic changes in obese humans, mimicking the effects of calorie restriction.”6

Additional research in middle-aged, obese mice fed a high-calorie diet showed that the addition of resveratrol significantly improved their health, including increased insulin sensitivity, improved motor function, and increased AMPK.7 This study revealed that resveratrol “opposed the effects of the high-calorie diet in 144 out of 153 significantly altered pathways.” It concluded that improving health in mammals using phytonutrients like resveratrol points to “new approaches for treating obesity-related disorders and diseases of aging.”8

I’d be remiss to say that this doesn’t give us the green light to become, or stay, overweight, ignoring exercise and eating right, but resveratrol does give us yet another powerful tool to combat the cellular effects and diseases associated with obesity and aging.

Resveratrol also has a direct effect on blood sugar in those with type-2 diabetes accompanied by coronary heart disease (CHD). In a randomized, double-blind, placebo-controlled trial of patients with type-2 diabetes and heart disease, those taking 500 mg of resveratrol a day for four weeks had reduced fasting glucose and insulin resistance and significantly increased insulin sensitivity compared with the placebo group. Those in the resveratrol group also saw a significant increase in HDL-cholesterol levels, a significant decrease in the total LDL/HDL-cholesterol ratio, and an increase in total antioxidant capacity, the body’s ability to scavenge free radicals. Furthermore, resveratrol upregulated SIRT1 in type-2 diabetes patients with coronary heart disease.9

In another randomized, controlled study of 62 type-2 diabetics, those taking 250 mg of resveratrol per day for three months had significantly improved long-term fasting blood sugar, systolic blood pressure, and total cholesterol compared to the control group.10

With Resveratrol, the Cardiovascular Benefits Abound

Taking a deeper dive into the cardiovascular effects of resveratrol, there are a lot of benefits to get excited about. For starters, it’s widely known that antioxidants are good for overall health, and resveratrol, found in foods like grapes and red wine, is one such antioxidant with “hearty” cardio-protective properties. It neutralizes free radicals, protects against hypertension, atherosclerosis, stroke, ischemic heart disease, arrhythmia, chemotherapy-induced cardiotoxicity, diabetic cardiomyopathy, and heart failure.11 Once again, resveratrol supports the activation of the longevity gene SIRT1, AMPK, and endogenous antioxidant enzymes. In addition, the anti-inflammatory, insulin-sensitizing, endothelial-function improving (through the formation of nitric oxide), and lipid-lowering properties of resveratrol are also part of its unique cardiovascular benefits.12 13

With Resveratrol, the Brain Benefits Are Bountiful

It may come as no surprise to learn that resveratrol is top-notch for brain health, so why not make it the top-of-mind nutrient the next time you’re searching for a brain-boosting supplement? Resveratrol is one of those unique antioxidants that crosses the blood-brain barrier, where it protects the brain and nerve cells.14 It has the ability to increase blood flow to the brain and positively benefit brain function. Results from one double-blind, placebo-controlled crossover study had 22 healthy adults aged 18 to 29 years take either a placebo, a single dose of 250 mg of trans-resveratrol (a more bioavailable form), or 500 mg of trans-resveratrol over three separate office visits. The results showed that both doses, but not the placebo, increased cerebral blood flow, which was sustained throughout task performance. The study concluded, “The results showed that single doses of orally administered resveratrol can modulate cerebral blood flow variables.”15

Resveratrol also impacts learning, mood, and memory in the elderly. In one study, resveratrol was shown to stimulate neurogenesis (the process of forming new neurons in the brain) and blood vessel formation in the hippocampus of healthy, aged rats. These structural changes were associated with “significant improvements in spatial learning, memory formation, and mood function.”16

Alzheimer's disease (AD) is a devastating disorder that affects 1 in 10 Americans over the age of 65, and almost half of all Americans over 85 years old. Moreover, the odds of developing AD double every five years after the age of 65.17 There is emerging evidence that resveratrol combats Alzheimer’s disease in several ways—both as a preventative and treatment of the disease—by crossing the blood-brain barrier, preventing and reducing amyloid plaque formation, and directly acting on neuroinflammation.

One of the hallmark features of AD is the deposition and accumulation of amyloid-beta peptides (Aβ) into amyloid plaques in the hippocampus and cerebral cortex. Amyloid plaques are toxic to brain cells, resulting in neuronal dysfunction and death. In AD patients, abnormal levels of this naturally occurring protein bind together to form harmful plaques that collect between neurons and disrupt cell function.18

Evidence shows that resveratrol enhances and facilitates the clearance of amyloid-beta peptides, promotes cell survival in neurons, and reduces amyloid plaque formation and amyloid plaque counts in various brain regions.19 20 In one study, mice were fed resveratrol for 45 days, and results showed that resveratrol reduced amyloid plaque formation in the brain, with the largest reductions in amyloid plaques in the medial cortex, which plays a role in attention, inhibitory control, and long-term memory (-48%); the striatum, a critical part of motor function and reward (-89%); and the hypothalamus, a region of the brain that controls body temperature thirst, hunger, sleep, and emotions (-90%).21 22

With Resveratrol, Pause the Effects of Menopause… Naturally

Menopause is a natural and normal part of the aging process of healthy women ages 40–55, when periods stop and the ovaries stop producing estrogen, but oftentimes, the symptoms of this natural change can be debilitating. With resveratrol, there’s hope.23 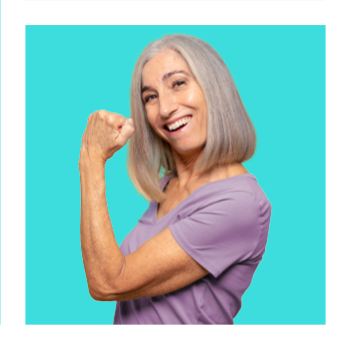 Before menopause, normal estrogen levels can very between 30-400 picograms per milliliter (pg/mL), but after menopause, it falls below 30 pg/mL.24 This drop in estrogen causes symptoms such as dry skin, tender breasts, weak or brittle bones, trouble concentrating, moodiness and irritability, vaginal dryness, hot flashes and night sweats, and irregular periods or no periods.25 For many, hot flashes are one of the hallmark symptoms.

The Resveratrol Supporting Healthy Aging in Women (RESHAW) study is the largest, longest-running study on resveratrol to date and focused on the effect of daily resveratrol supplementation in postmenopausal women. In separate published studies, the authors found that, compared to placebo, 75 mg of resveratrol two times a day for 12 months reduced overall pain scores, improved menopausal symptoms, and improved general wellbeing; it improved insulin sensitivity, cerebrovascular health, and overall cognitive performance; and it improved bone mineral density, leading to a significant improvement in T-scores, which is associated with a reduced risk of major fracture. How can one nutrient do so much? Resveratrol is a phytoestrogen with circulatory benefits making its effect wide reaching, especially for older women.28 29 30

Nov
Sat, 10 AM
See Details
Cooking Demo
What to do with TOFU: Classic Egg Salad