Nutrient To Know About: Vitamin E

Are You Getting Enough of this E-ssential Antioxidant? 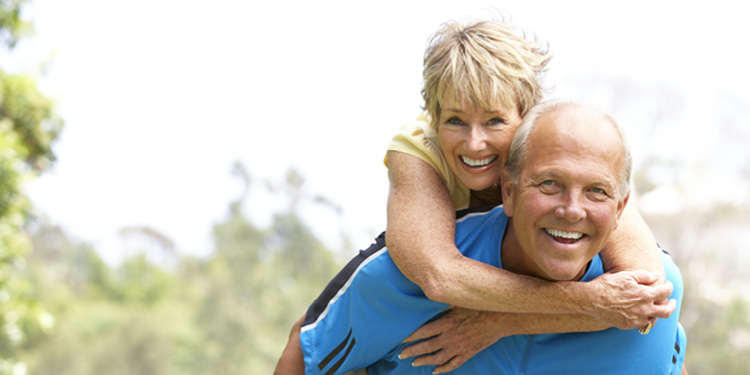 Vitamin E is an antioxidant, specifically a fat-soluble antioxidant. Why is this important? Our cell membranes and the lipoproteins that shuttle cholesterol around our bodies are made primarily of fats. Vitamin E protects these fats from oxidation; in other words, vitamin E protects our cells from going rancid (You know how oils can go rancid? The fats in our cells can too.) This means that the cell membranes begin to deteriorate and can no longer function properly. Healthy cells are required for healthy bodies and vitamin E has a very specific job of keeping our cells healthy. It is the major fat-soluble antioxidant in the human body and is critical for the optimal functioning of all cells. This has wide implications for cardiovascular health, cognitive health, immunity, and more.

Oxidized low-density lipoprotein (LDL) — is implicated in the development of atherosclerosis, a major risk factor for cardiovascular disease.  Vitamin E is crucial for the prevention of LDL oxidation. Indeed, large population studies have shown an inverse relationship between vitamin E intake and risk of heart attack and death from heart disease, that is, those who consumed the most vitamin E had a lower risk of heart attack and heart disease. A randomized, placebo-controlled trial including 39,876 women participating in the Women’s Health Study found that supplementing with 600 IUs of vitamin E every other day for 10 years reduced the risk of non-fatal heart attack by 34 percent and reduced other cardiovascular-related deaths by 49 percent in women 65 years and older. The women taking vitamin E also had a 21 percent lower risk of developing blood clots compared to the placebo group.  And in the Cambridge Heart AntiOxidant Study, another randomized, placebo-controlled trial including 2,002 patients with coronary heart disease caused by atherosclerosis, daily supplementation with either 400 IUs or 800 IUs for an average of 18 months reduced the occurrence of non-fatal heart attack by 77 percent.

Oxidative damage to neurons is believed to play a role in the development of Alzheimer’s disease and other forms of cognitive decline. Indeed, vitamin E has been shown to be lower in those with Alzheimer's disease, compared to healthy individuals, and some studies have shown that supplementing with vitamin E can slow cognitive and functional decline (the ability to perform daily activities), decrease caregiver burden, and even increase overall survival rate. One study compared vitamin E’s ability to slow the progression of Alzheimer’s in patients with “moderately severe impairment” to the drug selegiline, with the study concluding that treatment with 2,000 IUs of vitamin E daily slowed the progression of the disease as well as the drug.

Nutrients rarely work in isolation, and some intriguing new research on vitamin E continues to confirm this. The research, carried out at Oregon State University and led by Maret Traber, PhD, shed light on how vitamin E deficiency may cause neurological damage by interrupting the flow of docosahexaenoic acid (DHA) to brain cells. The omega-3 fat DHA is critical for brain growth and development in humans. The research—carried out in zebrafish, which shares similar neurological development and many of the same genes as humans—found that the levels of a specific molecule that delivers DHA into the brain and aids in cell membrane repair was an average of 60 percent lower in the fish fed a diet deficient in vitamin E. It also showed that the vitamin E deficient fish had about 30 percent lower levels of DHA-PC, a phospholipid-containing DHA that is a critical part of the cellular membrane. Other studies have shown that low levels of DHA-PC in humans can predict a higher risk of Alzheimer’s disease.  The deficiency levels of vitamin E in the fish studied were equivalent to humans eating a low vitamin E diet over a lifetime.

It has long been known that vitamin E deficiency leads to an increase in infections as well as the development of tumors, while high intakes of the vitamin enhance immunity and modern research is revealing just how protective vitamin E is. Our immune cells are not immune to oxidative stress—in fact, significant oxidative damage can kill key immune cells, hindering the body’s immune response. But in a recent study published in The Journal of Experimental Medicine researchers discovered that vitamin E protected T-cells that had significant oxidative damage from death and restored their ability to replicate in response to a virus.  T-cells are a type of white blood cell that plays a central role in immunity. Earlier research has shown that vitamin E supplementation also increases the activity of neutrophils, another key immune cell.

Vitamin E particularly seems to offer immune-boosting benefits to the senior population, a group that naturally sees a decrease in immune function with age, characterized by declining T-cell function.  A randomized, placebo-controlled trial that included 451 people living in nursing homes found that one year of supplementation with 200 IUs of vitamin E daily led to a decrease in the incidence of the common cold.  Another small trial found that 300 IUs of vitamin E daily for six months improved overall immune function in elderly individuals, bringing them close to the same immune function measured in healthy younger adult controls.  In addition to restoring T-cell function, vitamin E also inhibits the production of prostaglandin E2, an inflammatory molecule that contributes to pain.

Are You Getting Enough?

Ninety percent of the population does not meet the recommended daily allowance (RDI) of 22.5 IUs of vitamin E. The average intake (including enriched and fortified foods) is about half of that.   And that’s only the amount needed to prevent deficiency, not promote optimal health.  According to Dr. Traber, “The epidemiologic studies suggest that 100 IUs of vitamin E for two years or longer are beneficial… thus, taking one pill and expecting it to prevent heart disease is unrealistic. Vitamin E supplementation should be a daily habit, done in a consistent manner along with a good diet.”  For most people a daily maintenance dose of 200-400 IUs is ideal. And because vitamin E is a fat-soluble vitamin, remember to take it with a fat-containing meal for optimal absorption.

What is Vitamin E?

Technically, vitamin E describes a family of eight fat-soluble molecules, but the body preferentially uses one form, alpha-tocopherol; it is the form found in the cell membranes and tissues. This is what is designated as vitamin E.

As explained by vitamin E expert Maret Traber, PhD, “There are plenty of dietary antioxidants, but only alpha-tocopherol is a vitamin. Despite the fact that many compounds, including other members of the tocopherol family, are [free] radical scavengers, the fact remains that the human body prefers alpha-tocopherol and works to maintain it. In fact, our bodies produce a protein found primarily in the liver—the tocopherol transfer protein—that’s sole purpose is to move alpha-tocopherol into circulation.

The important role of antioxidants in health In recent years, the term “antioxidant,” once the province of chemists, has practically become a household word. Most people understand that antioxidant nutrients are good for health because they reduce the risk of disease, primarily by slowing the accumulation of age-related cell damage to the body. Antioxidants accomplish this by preventing free-radical-induced oxidation, the same process that turns iron to rust.

Antioxidants also serve many non-antioxidant functions. Of particular relevance, they turn some genes on and off, thereby influencing the normal growth of cells as well as protecting against inflammation, cancer, and heart disease. The best-known antioxidants are vitamins E and C, but other important ones include carotenoids (such as lutein, lycopene, and beta-carotene), flavonoids (such as quercetin and hesperidin), selenium, N-acetylcysteine (NAC), and alpha-lipoic acid.