According to the Centers for Disease Control and Prevention (CDC), six million children suffer from asthma, which disproportionately affects minority children. Compounding the problem, younger generations are facing higher levels of air pollution than we have seen in decades, but a recent study shows the powerful impact nutritional interventions can have in protecting the body. 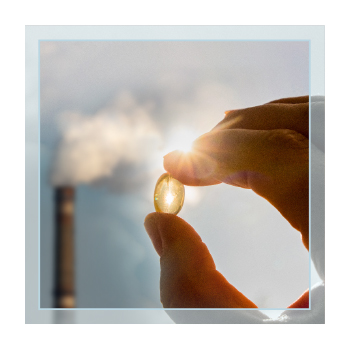 The study, from Johns Hopkins University School of Medicine and published in The Journal of Allergy and Clinical Immunology: In Practice, examined the relationship between vitamin D levels and asthma severity in 120 children exposed to indoor air pollution in Baltimore, MD (one-third of the children were considered obese). The subjects were evaluated at the beginning of the study and three more times over nine months. The researchers found low vitamin D levels exacerbated the harmful effects of air pollution, particularly in the obese children with asthma, while adequate vitamin D levels had protective effects and were associated with fewer asthma symptoms.

Vitamin D is well known to support a healthy inflammatory and immune response, and with its protective effects against air pollution, having adequate levels may now be as important as ever. Vitamin D supplements offer an easy and affordable way to achieve healthy levels.1

A recent study has shown that low-dose resveratrol supplementation leads to improved insulin sensitivity, cerebrovascular health, and cognitive function in postmenopausal women. Compared to placebo, resveratrol improved overall cognitive performance by 33 percent and showed especially strong results in women at least 65 years old in verbal memory scores compared to women younger than 65 years. These results are important because cognitive decline is a concern in postmenopausal women.

The newest study was a part of the RESHAW study, a 24-month randomized, placebo-controlled crossover trial including 125 postmenopausal women, aged 45 to 85 years. Subjects took 75 milligrams of trans-resveratrol twice daily or placebo and then crossed over to alternate treatment for another 12 months. Resveratrol is a compound most famously found in red wine that is both a strong antioxidant and a potent vasoactive compound; it has been shown in several other clinical studies to have numerous health benefits. 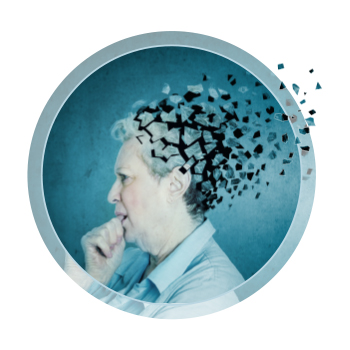 The authors note that the risk of dementia and cerebrovascular diseases (such as stroke) increase after menopause and are emerging as the leading causes of death in older women. Resveratrol supplementation delivers on both, helping to maintain both cognitive and vascular health. The RESHAW exit survey showed that more than half the women in the study reported that their perceived memory, mood, and other aspects of living were improved with the supplements. Moreover, the researchers also reported that 88 percent of the women in the study said they would likely continue to supplement with resveratrol once the study ended.2