Sleep problems affect nearly 25 percent of U.S. adults, but a new study suggests relief may come from an unsuspecting supplement. Black seed oil, commonly known for its anti-inflammatory and immune supportive benefits, has been found in a recent study to significantly improve sleep. The study included 15 subjects with significant sleep problems who were given 200 mg of black seed oil for 28 days. The supplement was standardized to contain five percent thymoquinone, which is the most studied phytonutrient in black seed oil. Several measures of sleep were analyzed before, during, and after the 28-day period.

The study found black seed oil improved several markers of sleep in as little as seven days. Benefits included improved sleep quality; sleep latency, measured by the total time it took subjects to fall asleep; and enhanced time of deep sleep. Additionally, subjects saw significant improvements in REM and non-REM sleep, both of which are a necessary part of a healthy sleep cycle. As a secondary measure, black seed oil was also found to reduce stress and anxiety scores in subjects at the end of the 28-day study.

Recent research has found that regular resveratrol supplementation reduces chronic pain and improves general wellbeing in postmenopausal women. The study is the fourth and final installment of Resveratrol Supporting Healthy Aging in Women (RESHAW), which is the largest, longest-running study of its kind with resveratrol. The first three peer-reviewed publications from the RESHAW study reported cognitive benefits, as well as bone mineral density improvements, in postmenopausal women. 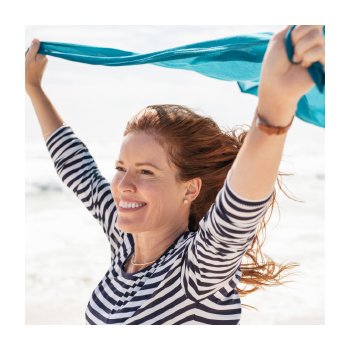 The outcomes of this and the other RESHAW studies show that resveratrol supplementation holds far-reaching benefits for postmenopausal women.2

Is A Leaky Gut Compromising Your Health?
Read More