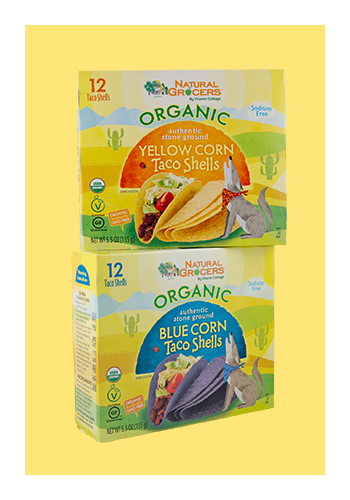 Taco Tuesdays will be Taco Every Day when you bite into Natural Grocers Organic Brand Taco Shells, stuffed with all your favorite fillings. They’re made with stoneground corn because this traditional method brings field-fresh flavor straight to your table. Certified organic means they’re naturally non-GMO, and they aren’t sneaking any sodium, gluten or artificial additives onto your menu either! They’re the way taco shells should be—the perfect canvas for all the deliciousness you’ll pack into them. The most complicated part will be whether you’re having Yellow or Blue taco shells tonight.

Our shelves are stocked with your health, the health of your family and the health of the planet in mind and priced so your pocketbook can afford them.

Learn more about our Grocery Standards

There’s nothing Carlita the Coyote loves more than her pack, but growing up in the cold, dark north she realized she was different. Exploring life beyond the forest was her dream, so she kissed her mother goodbye and set off. He roamed the country, learning unique customs and enjoying delicious cuisine, and one fine evening she discovered tacos. The crunchy corn shells, bursting with flavorful fillings became her favorite food until she saw farmers spraying cornfields with toxic chemicals. She realized she needed a replacement, so she asked everyone she met about a better kind of taco shell. Finally, she found it—Natural Grocers Brand Organic Taco Shells made from yellow and blue stone-ground corn. Now, Carlita travels about introducing superior tacos to households everywhere and sharing her motto: “The party hasn’t started until I hear that it’s organic!” 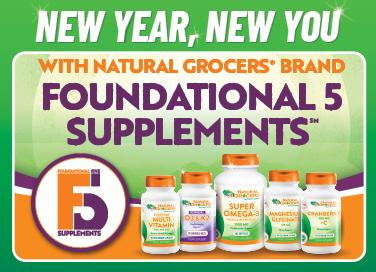 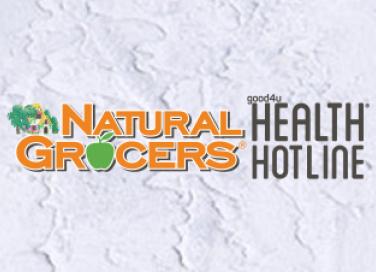